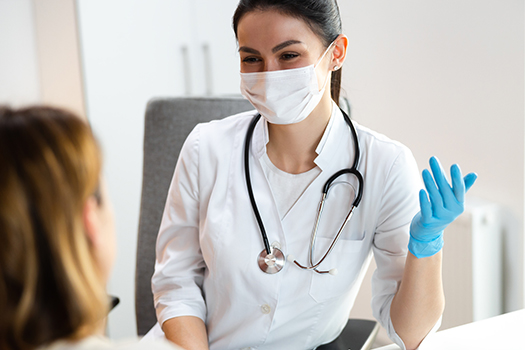 Many healthcare facilities fail to collect as much revenue as they could for the services rendered by locums, making hiring a locums provider more expensive than it needs to be. You can generate more revenue for your facility by consistently enrolling locums with payors and billing for their services. Here are sevens ways to improve your locum tenens payor enrollment process.

Locums typically fall into one of two categories for billing purposes: “true locums” and supplemental services. A true locums — sometimes referred to as replacement services — replaces a full-time provider for a limited time, such as when a physician goes on vacation or attends a conference. These providers are considered locums for CMS-related billing purposes.

Providers who are supplementing a facility’s permanent staff members are referred to as supplemental services. These locums are often — but not always — used for longer-term assignments, such as when a hospital is short-staffed and needs a provider to fill the gap while the search is made for a permanent provider. Educating yourself on how to classify your locums will help you decide whether or not to enroll them with your payors in order to bill for their services.

Once you’ve determined if your locum is providing a replacement or supplemental service, you’ll need to gather the documents needed to enroll them.

Bob Shumard, director of client relations at LocumsMart, a locum tenens vendor management system, has helped many hospital systems navigate the locum tenens payor enrollment and billing process. He says the process for billing for replacement locums is fairly straightforward.

“If you have a doctor at a hospital who’s going away but he’s coming back, they can bill using the NPI of the provider that’s on vacation,” he says. “The only information you need from the locums provider is the information that’s required to set them up in the billing software.”

The process becomes more complex for locums providing supplemental services. “You’ve got to set them up in the billing software to bill using their own NPI,” Shumard says, adding that the documents required to do enrollment look similar to those used for credentialing and privileging.

3. Determine which payors you’ll use

After you’ve gathered the needed documentation from the provider, you’ll need to determine which payors to enroll the provider with.

Considering there are many payors and each one requires an individual application, Shumard recommends choosing the top five. “If you do the top five, you’re going to capture 74% of the patients. If you get Medicare and Medicaid and the top three commercials — like Blue Cross, Humana, Cigna, whatever it is in your market — you’re going to capture most of your patients.”

In most cases, Shumard doesn’t recommend applying for more than the top five payors. “If you decide to go for the sixth, you’re going to capture another 3%, so you start to get these decreasing returns,” he says. However, if a facility is hiring a provider for a long period of time, it may make sense to enroll the provider with as many as the top ten insurers.

4. Be mindful of filing deadlines

One of the most important things to keep in mind for successful enrollment is timely filing, says Shumard. “There’s a small window of success,” he says, adding that contractual terms will vary from state to state and among your payors.

“Let say you have a doctor who’s contracted to work for a month, and they start two weeks from now,” says Shumard. “When the payors receive the completed application, they’ll stamp it received and that’s your effective date, of course depending upon your contract terms. The patients seen after that effective date are the ones they’re going to pay claims for, but before that effective date they won’t. So, you’ll collect on half of the patients.”

5. Weigh the chances of success

Considering the tight deadlines, it’s important to consider when it’s worth it to enroll a provider — and when it might not be.

A provider who’s working a short assignment and starts in a week may not be worth it, because approvals are unlikely to happen before the assignment ends. For a provider who is working a longer assignment or isn’t starting for a couple of months, it’s a good idea to get them enrolled so you can bill for their services.

Despite not being assured of payment every time for every locums you bring on board, Shumard says enrolling a majority of your locums is worth it in the long run, especially for larger facilities. “When you’re talking about a high-volume practice or hospital, the returns are assured, just maybe not on each job,” he says.

“Sometimes I’m doing enrollment with a hospital, and we realize we’re not going to get paid anything on these efforts so they ask, ‘Why do we do it?’ The answer is we didn’t know that we wouldn’t get paid when we started, and we wouldn’t have done it if we knew. But in the next job, we’re going to make $40,000. So basically, don’t worry about the results for each individual job, just follow your process and know the results will be there in the end.”

6. Put a process in place – and stick with it

Having a process to enroll and bill for your locums is the most important thing you can do to increase your chances of success, says Shumard.

“Set up a process where you treat every doctor exactly the same way,” he says. “Hospitals who do this well are organized. They have a process. The three tenets of success in this are: enroll the provider, load them into the billing software, and do charge capture.”

Shumard concedes that this is often easier said than done, especially when a healthcare organization is dealing with a lot of locums. Using a technology solution that can automate the process — such as the one LocumsMart uses — is a way to standardize the process and create uniform workflows, says Shumard.

While the main draw to enrolling locums is additional revenue for your organization, it can also create a better experience for your patients.

“Everyone’s been billed out of network and it’s not fun. Anytime you can avoid that, your patients will be happier,” says Shumard. He shares that he recently worked with a hospital’s cancer unit to enroll their temporary physicians. “It made us feel good that these cancer patients weren’t having to deal with getting a bill for $10,000 for out-of-network care.”

Don’t leave money on the table

Shumard urges healthcare organizations to enroll their locums and bill for their services.

“The charges generated by these providers are basically equivalent with the invoice price that you’re paying, and a ten to 25 percent collection rate on those charges would be a lot of money if you have a large locum spend,” he says.

While it can seem complicated at first, putting in place a process for locum tenens payor enrollment can help you generate additional revenue while also providing a better experience for your patients.

Weatherby Healthcare has the physicians and advanced practice providers you need to provide coverage at your healthcare facility. Give us a call at 954.343.3050 to request a consultation.